Do you feel that ribs, sausages and chicken legs are a waste of time because you are not good at cleaning your barbecue ? If you feel it's a big chore, refer to the following simple and effective tips that will help you clean it properly. 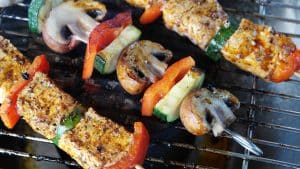 Burning fuel and cooking food leaves dirt and soot, especially if it is a charcoal or briquette barbecue. To remove them, the brush is infallible, but do not use just any brosse métallique. In DIY stores you can find specific models for cleaning barbecues that do not damage the grill.

This may sound absurd, but make no mistake about it-- vous ! grandmother's remedies The recette ? Cut one in half and rub the grill that has just been used. Degreasing is instantaneous. Pour a little water to rinse your entire cooking appliance.

To get rid of the layer of dirt that has built up on your grill, think of the heat. Since it's a build-up of fat from grilled meats, you can light your barbecue to melt them. Then take some newspaper to remove them. With a little elbow grease, you'll only have them for a few minutes.

Don't forget the inside

The cleaning of a barbecue should not stop with the cleaning of the grill. The interior should also be as clean as possible. To do this, use soapy water based on dishwashing liquid. Take a sponge and wipe it off carefully, especially if it is a gas barbecue. Don't forget to cover your gas supply with aluminum foil.

This tooth whitening solution can also be used to restore the shine to your barbecue. The process consists of washing it with water and a little baking soda. After a few rubs, you will see that the result will be sparkling.

Very much used during cleaning, it is also effective as a degreaser. Take a cloth, pour a little white vinegar on it and clean your barbecue. If not, add a little to a basin of water and soak your grill to degrease it.

Maybe you've never thought of it, but there are barbecue cooking sheets that prevent grease dripping on your grill so you don't have to clean it. Anyway, for a while économisé !

Lemon is a great natural degreaser because it removes all kinds of grease. Just after you grill, take advantage of your still warm appliance to remove the greasy layer with half a lemon. To prevent the grease from sticking to your grill, you can also rub a slice of potato on it before cooking.

Little tip: at your next barbecue, don't forget to the bin to receive green waste : cardboard plates, paper towels, etc. This will also reduce the cleaning work after your grill party. 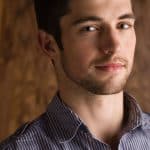 How to choose the right coffee beans for an espresso grinder?

The emblematic dishes and dishes of Italian cuisine